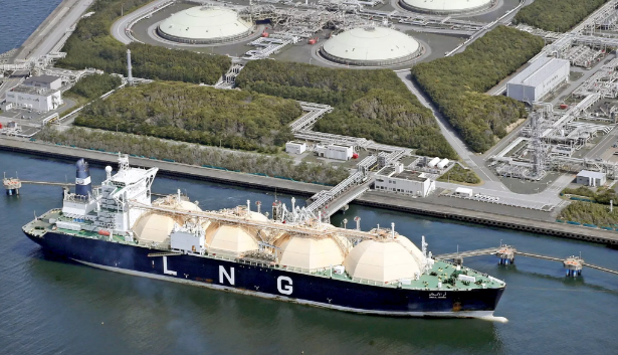 The proposal for a “Green New Deal” to achieve net zero greenhouse gas emissions in the United States within a decade is a laudable example of climate change leadership. It recognizes that the cost of inaction on climate is great and that rapid change is needed. But it overlooks the role that U.S. energy exports would have in keeping greenhouse gas emissions above sustainable levels.

It’s not good enough for us to reduce our own use if we simply send these excess fuels to Asia and other global markets. I was in Japan and Korea two weeks ago and learned how their energy plans are relying on affordable and plentiful natural gas imports from the U.S.

Countries around the world also need to overhaul their energy systems and drastically curb their greenhouse gas emissions. This doesn’t mean we should wait to act, but we need to worry about our role as an enabler of pollution through our fossil fuel exports.

U.S. Rep. Alexandria Ocasio-Cortez unveiled her proposal for the Manhattan Project-style effort to thwart climate change on February 7, 2019. In it, she calls for a “national mobilization” to reshape the U.S. economy within a decade so that greenhouse gas emissions are largely eliminated.

In my forthcoming book with Scott Valentine and Benjamin Sovacool (Empowering the Great Energy Transition, Columbia University Press, 2019), we describe how it would be possible to move the economy away from fossil fuels. But to accomplish that transition in 10 years would come at enormous cost to businesses and consumers, who would have to idle fossil-fuel based power plants, machinery, and even cars well before the end of their useful lifespans.

We do need to move more rapidly in this direction. However, a decadal shift eliminating carbon emission in 10 years would cost much more than a 20- to 30-year shift. Moreover, such an enormous investment over such a decade could divert capital from other critical needs, such as healthcare, education, basic science, and national security.

It would be “politically infeasible” to prevent U.S. energy producers from tapping existing fossil fuel reserves and exporting those fuels to countries around the world. The result? Other countries would burn the fuel instead of the United States. Thus, we need to be sure that other nations have green alternatives that are equally appealing to them and policies that promote them.